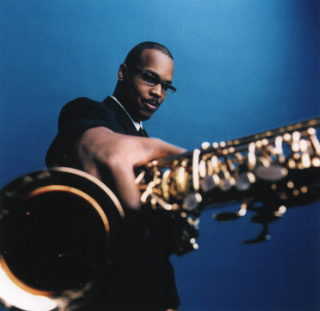 Saxophonist, composer, producer, educator and curator Greg Osby has been a formidable presence on the international music scene as a leader of his own ensembles and as a guest artist with other acclaimed groups for the past 39 years. Highly regarded for his insightful and innovative approach to composition and performance, Osby is an inspired voice among the ranks of improvising musicians. He has earned numerous awards and critical acclaim for his recorded works and passionate live appearances and has been recognized by The New York Times as one of the "most provocative musical thinkers of his generation".

Born and reared in St. Louis, Greg Osby began his professional music career in 1975, after three years of private studies on clarinet, flute and alto saxophone. Coming from a vibrant and musical city, Osby showed an early interest in the performing arts and spent his years in secondary school with a heavy involvement in Blues and Jazz groups. In 1978 Osby furthered his musical education at Howard University (Washington, D.C.) where he majored in Jazz Studies. He continued his studies at the Berklee College of Music (Boston, MA) from 1980 to 1983.

Upon relocating to New York in late 1982, Osby quickly established himself as a notable and in demand sideman for artists as varied as Herbie Hancock, Dizzy Gillespie, Jack DeJohnette, Andrew Hill, Freddie Hubbard, Muhal Richard Abrams, Woody Shaw, Jim Hall, Chick Corea, The Grateful Dead as well as with many other international new music ensembles. In addition to his rigorous performance schedule, Osby devotes a generous amount of his time to educational activities. Mr. Osby is also a founding member of the innovative M-BASE music collective.

In 1985 Osby was invited to to join Jack DeJohnette's innovative group, "Special Edition". It was as a member of this ensemble Osby was able to fine tune the more challenging aspects of his conception in an open ended, no holds barred musical situation. Says Osby, "My musical thinking for performance and composition advanced by light years as Jack was open to my input and was very encouraging in pushing me to to maintain a steady flow of experimentation. It marked a major turning point in my development as an artist."

After recording 4 projects for JMT/Polygram, Osby signed with Blue Note Records in 1990 and recorded fifteen outstanding recordings for that label as a leader. In 2007, Osby launched his own label, "Inner Circle Music", which serves as a platform for many of today's brightest artists. In his words: "I'd like to be regarded as provocateur and an experimentalist. What I do is based upon the greater aspects of sound, structure, and science as well as intuition, intellect and the human spirit."


More on Greg's story >
More at the OzBlog >